This page provides an overview of the direction in which my work is going and the types of projects I’ve been undertaking recently. Further details and examples of my work can be found on the Current Work and Sound & Video pages.

New works are currently in development and past works may be redeveloped for specific spaces.

Series of room-sized landscape montages from Australia and Iceland, and intimate video projections of an Australian dust storm and Icelandic snowstorm, with accompanying multi-track soundscapes and narratives, as well as an immersive VR video of the landscapes of rural and remote NSW and northern Iceland. The exhibition is the result of a two-year research and production project documented on a dedicated website. A Western Plains Cultural Centre exhibition, curated by Kent Buchanan, Dubbo Regional Council. A digital version of the exhibition catalogue will be made available soon. 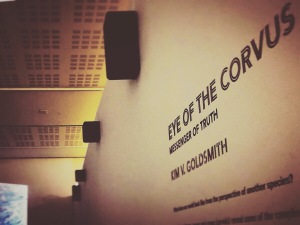 Eye of the Corvus 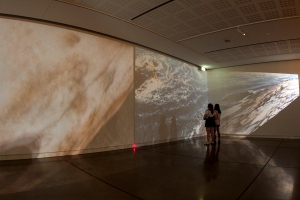 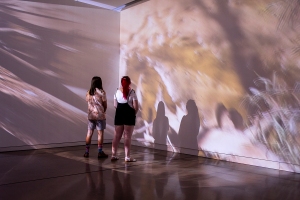 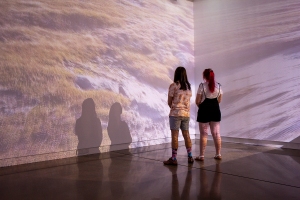 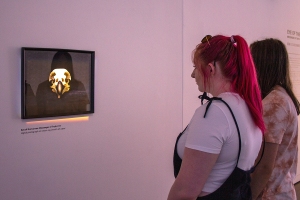 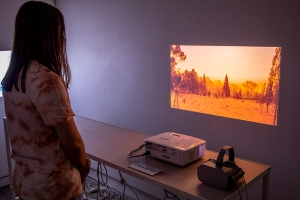 Five 2-3 minute sonic narratives, designed to be fictional but inspired by historical and contemporary events in and around spaces and places in Kandos NSW that have undergone much change over the past 100 years. The 8-10 track mixes were created using field recordings from each site with found and manipulated sound including loops and archival material. For Cementa, the work was hosted on the international cultural audio tour app, izi.TRAVEL. Full details are on the project page. This work was part of the Andrew Frost curated show, Here and Not Here. 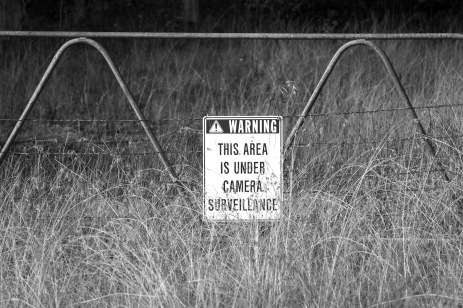 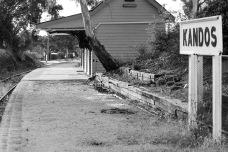 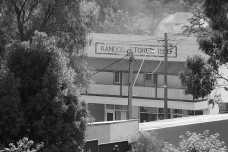 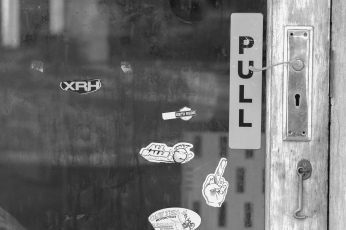 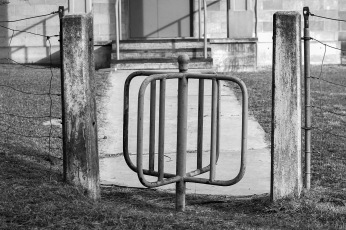 2019: Within walking distance (collaborative work with Andrew Howe, UK), digital prints, part of the Arts Territory Exchange group exhibition, “Put this in your window and think of me”, Cambridge UK

Series of digital photographs presented as A2 sized giclée prints created from exchanged photos from walking routes close to home, with identified palette differences through pixelation, determined by light, season and climatic conditions, named with references to “Werner’s Nomenclature of Colours”.  Curated for the Arts Territory Exchange by Art Language Location around the themes of land, ownership, property, common land and rural-urban tensions. 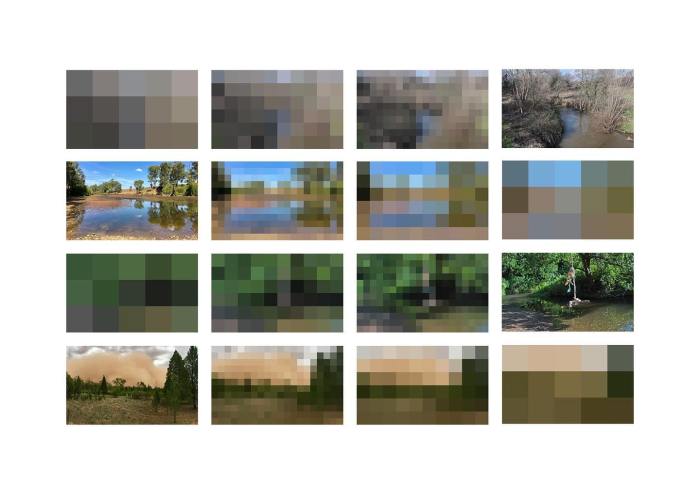 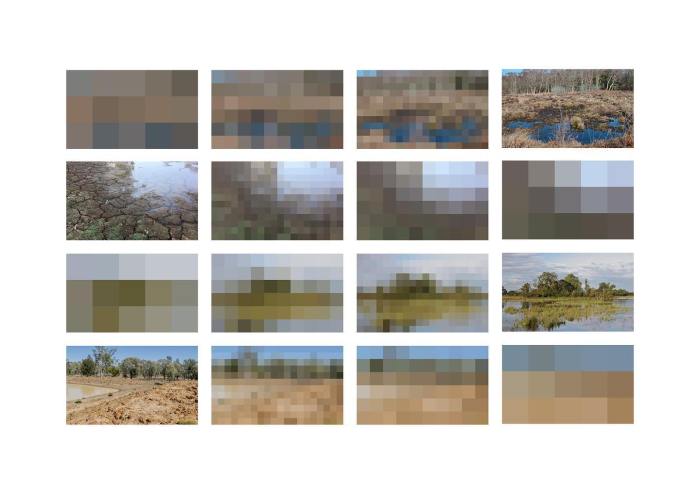 Through the recording and exchange of sound sketches in Australia and Germany, a meditative soundscape was developed via distance-collaboration with Didi Hock (Germany), to produce a layered piece of sonic fiction that creates a new space to explore with the imagination. Designed to be simply installed with headphones and a simple ‘user manual’ suggesting how to prepare to listen to the work, Fictional Territories #01, is the first of what the artists imagine to be a series of fictional soundscapes. The work premiered at Charles Sturt University Dubbo campus (Student Central) in February 2018. It’s under consideration for an Arts Territory Exchange exhibition in the UK in late 2018. 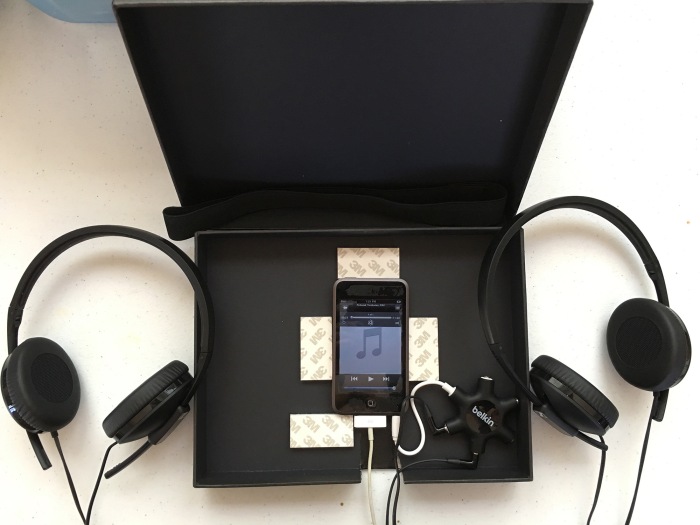 Working with textile artist, Kelly Leonard, over several months, a four-channel soundscape was inspired by the industrious sounds of bees and the weaver’s loom at work, along with atmospheric sound from the site where the installation was housed during #bringtolightproject17. Thirteen bee boxes form the structure of the installation and mounts for colourful, handwoven linen ribbons, some including gumnuts, created by Leonard using a double weave technique. The four-channel sounds play on loop on four iPods and speakers, allowing the audience to hear different tracks as they move around the work, which was installed inside a rotunda in an open-air mall in the main street of Dubbo NSW. It was re-imagined in June 2018 for the second Clandulla State Gallery Survey exhibition. 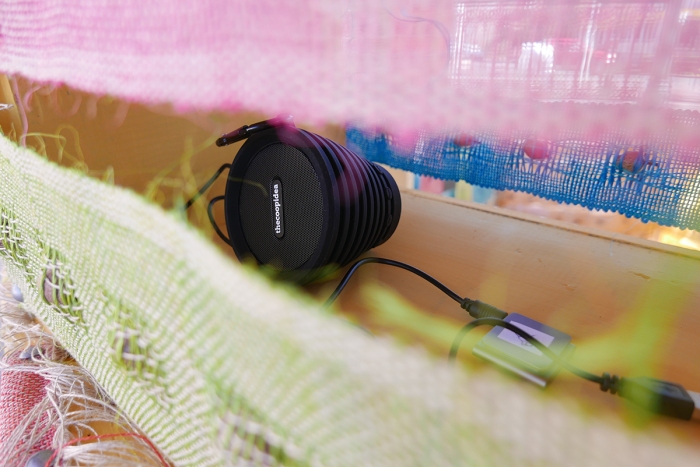 Installed at Artlands 2016 in a church hall, Volucres is an immersive work. A looped soundtrack of piano chords and hard-edged synth is layered with Australian native birdsong recordings and sound effects (rain and thunder), accompanied by large-scale abstracted, monochromatic, avian-inspired movements of murmurations, unfolding wingspans, animated birds and falling feathers. The work was developed over six months in collaboration with sound engineer, Wez Thompson, and video producer, Peter Aland. 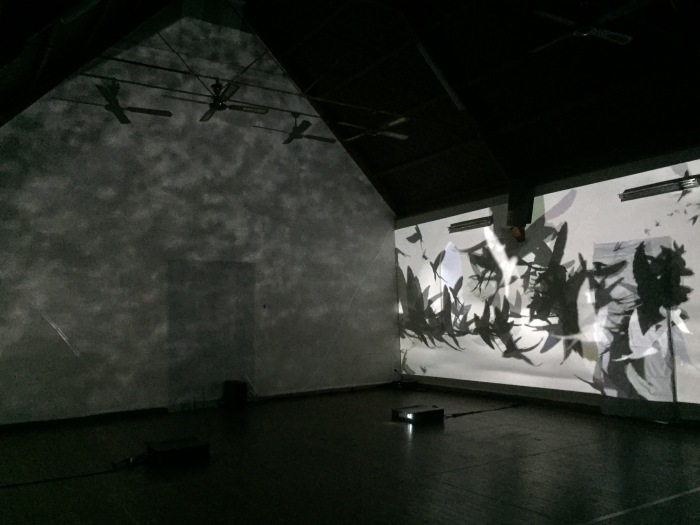 Marked 1m square in open-air shopping mall (Church Street rotunda, Dubbo) inside which is placed a small rock is tied to a feather. The feet of those passing over this space is videoed, which can be viewed on a flat screen monitor set up nearby, pulling each participant’s gaze up to look at their feet as it passes by the natural, out of place objects on the ground. 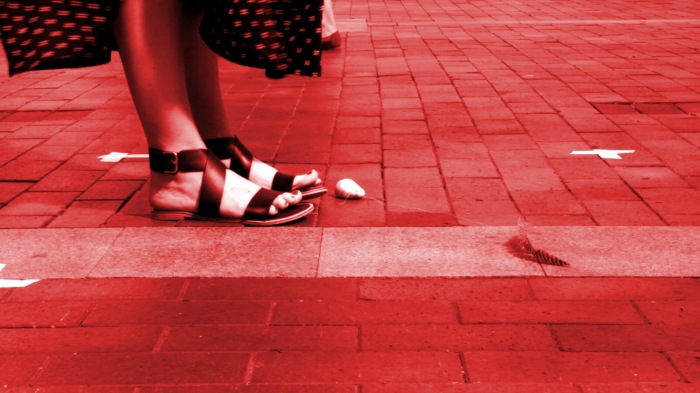 Rock. Feather. Space., 2015, still from digital video of one hour performance recorded as part of 2015 #bringtolightprojects 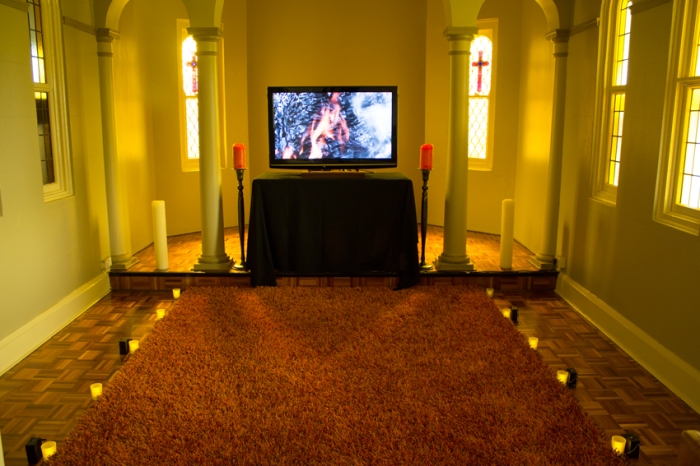