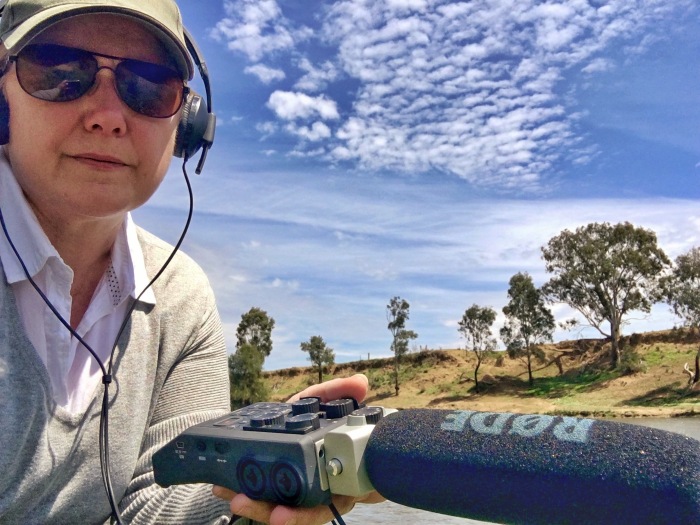 Kim V. Goldsmith has lived and worked on the Western Plains of Central West NSW since 1992, working as a radio and print journalist with ABC Radio, Regional Publishers (now Fairfax) and Panscott Media, and as a media and marketing communications consultant and trainer and teacher. She has been active in her art practice since 2002.

Heavily involved in the arts community of Dubbo and the wider region of Central NSW, Kim co-founded an arts collectives between 2004-2012, worked as a Project/Publicity Officer with the regional arts board, was the arts editor of a Dubbo newspaper, founder of an online directory and blog dedicated to regional visual arts, initiated professional development for artists in partnership with the Western Plains Cultural Centre (WPCC), and was a board member of the WPCC Advisory Board for seven years (including two years as chair). She managed a philanthropic public art project in 2015/16 and is a contributing member of various arts advocacy and practice-based groups such as Dubbo Filmmakers and Creative Assembly.

Stepping back from formal, executive roles in groups over more recent years, Kim has been pursuing opportunities to work on solo projects and to further develop her digital media and sensory installation works centred on the symbolism of nature, human interactions with the natural environment, and the role of birds as indicator species for the health of the environment.

On the back of a successful work at the national regional arts festival in Dubbo in 2016, and successful collaborations since then in Australia and Europe, Kim is now looking for opportunities to push her work even further. A major digital media installation for the Western Plains Cultural Centre in Dubbo in late 2019/early 2020, with production occurring in Australia and Iceland, has created the impetus for further large scale projects to be shown in Australia and internationally.