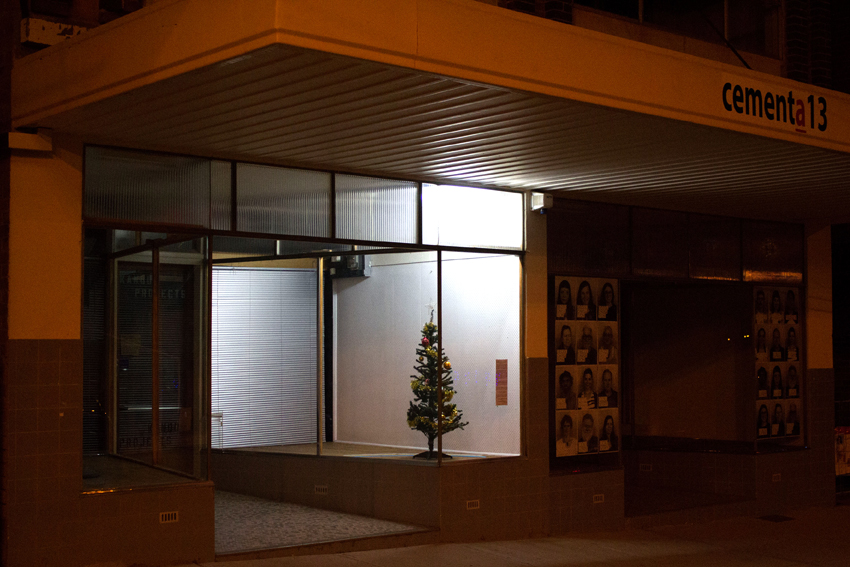 It’s fair to say I wasn’t very prepared for my week-long residency in Kandos, something I’d agreed to as an artist participating in the 2015 Cementa contemporary art festival (9-12 April).

Exhausted before I’d started after a big year of consulting work and creative projects, and not sure of what I would do to fill my week once I’d inspected, measured and photographed the site of my Cementa 15 work at the Convent Chapel, it was shaping up to be a very long week.

With only three days to prepare for the week away, I made a last minute decision to revisit a project I started five years ago – The Coming of Age Project. This project was run over six months in 2008/09 as social ecology research for a body of work developed under the guidance of Peter E. Charuk, and commissioned by the Western Plains Cultural Centre’s then curator, Adnan Begic. The resulting exhibition in 2009 was a three-artist show (including Aboriginal artist, Gail Naden), titled Perspectives. Art. Ecology.

The basis of The Coming of Age Project was to look at what rural communities of the Central West valued in terms of the environment in which they existed. Many of these towns were transitioning and attempting to restructure after years of drought, facing social upheaval and an increasing awareness of the implications of climate variability. I was interested to know what these communities felt was worth preserving over the 21 years to 2030, by which time annual average temperatures across inland Australia were predicted to increase by about 2 degrees and surface water reduced by about 8%, while groundwater extractions would increase by 125% (CSIRO).

There was a very strong environmental agenda at play when I first set up this project, as the resulting sensory installation, video and photographic works developed for Perspectives. Art. Ecology. were informed by my interest and work in the natural resources sector. Yet, I had always intended to revisit the core questions of this project – initially thinking to do so every 10 years.

My visit to Kandos timed perfectly with a five-year check up, knowing I was going to be spending a week in a community in transition after the closure of the cement works in 2011, and looking for options to secure its future.

Honestly, the knowledge I held about Kandos was scant, and as it turned out, naïve. It was based on my general knowledge of the region in which I’ve lived most of my life, and several brief visits to the town since the first Cementa festival in 2013. I knew of historical rivalry between Kandos and nearby Rylstone – dizygotic twin towns, one more industrial, the other, rural; I’d observed the main street as a bit of a ghost town, and that real estate was cheap. If I’m truthful, I’d probably made plenty of assumptions about the residents of Kandos as a result of these observations.

As an artist from a regional area with a contemporary practice in media arts and installation, I’d been impressed by the first Cementa. I felt I was amongst artists whose work I understood. I’m also aware not everyone considers contemporary mediums to be art. Conservative, working class and rural communities often don’t consider art to be part of their social fabric; being more of a decorative embellishment for when times are good, or one has retired. I know. I grew up in one of those communities and in one of those families. I also noted with interest when reading a borrowed copy of Bruce Fleming’s History of Kandos there were sections dedicated to commerce, religion, education and sport, but not the arts.

When I set out on the first day of my residency at Kandos Projects to secure between 16 and 20 mobile video interviews with Kandos locals asking what it was they valued in their community and what they’d fight to preserve, I had no idea whether I’d achieve my objective within the four to five days I had to work with. I was attempting to ‘speed date’ the locals.

Using skills gained as a journalist and communicator of some 26 years, I made many cold calls throughout the week, following leads where I could. My experience also meant I was able to ‘deep dive’ into an interview fairly quickly once I was underway. I did 15 mobile video interviews over four days – a little short of my intended number. However, given the depth of the conversations had around those interviews and as well as talking with many people who didn’t end up on camera, I was satisfied. I also wasn’t prepared to rush the project for the sake of making art. Each person required time to determine who it was they were talking to, on what level they would engage with me, and how much they would then share. Trust takes time.

Initially I thought I’d interview Rylstone residents too. However, I discovered once I started having conversations with prospective interviewees about the project, the talent became self-selecting. Rylstone residents were excluding themselves…but not before ‘dobbing’ in other locals!

Traditional journalism tends to use a third-person format. Having interviewed Walkley Award-winning journalist, Monique Schafter at a live interview event a few years ago about the power of first-person storytelling, I have since been more conscious of using this technique in my own work. This style also suits the low-production values of mobile video well.

The work of Turkish filmmaker and artist, Kutluğ Ataman, was mentioned to me at the end of my residency and I’ve since gone on to read more about his work over the following days. In an interview published on the Phaidon website, Ataman says, “…art is not about making a cheap joke at the expense of your subject or for ‘higher’ art. Art has to be about intelligence.”

A great deal was shared with me, some of it on camera, much of it not. I was aware of a responsibility towards every person who shared something with me not to betray the confidence, not to misrepresent the information provided and not to assume I had a great enough understanding of the implications of what they told me.

I was conscious of ensuring demographic balance across the interviewees – male/female, old/young, long-time residents/’newbies’ and those somewhere in between. Occupations, past or present, were not really considered other than to place people in a place of relevance or choice for the video. From there, I simply asked the questions:
1. What do you value about the community in which you live?
2. What would you fight to preserve?

An Open Letter to the Community of Kandos

Thank you for sharing your experiences, wisdom and thoughts with me during the week I have been here.

I have been overwhelmed by the friendliness and willingness with which you assisted me with my project of interviewing community members about what makes Kandos a special place to live.

While all small communities have their challenges, you DO have something special here.

Thank you again for sharing that with me. I will be back!

My knowledge of Kandos has grown immensely in a very short period of time. Preconceived ideas I held about the community have changed. There are physical elements about the town that intrigue me, such as the chaotic mix of housing all side-by-side, not segregated in certain parts of town as is often the case; and the abundance of parks. The reception was overwhelmingly friendly – from cold calling prospective talent, to walking up the street, doing the grocery shopping, having enquiring chats with the shop owners next door, or ducking into the opportunity shop several times a day. I had dinner and lunch invitations and made promises to catch up again on my return in April.

There is a dark side to Kandos, only told to me later in the week. There are troubling socio-economic problems and drugs. There’s a deep concern about what Kandos can offer in terms of jobs and a future for its young people. There are clear divisions within the community about the management of the industrial museum – a place many cherish as a way of preserving Kandos’ industrial past. While some mistrust the certainty of change and proposed new developments, others embrace them in hope of a new chapter that will continue the story of a small community with a big heart.

Click on the links below to watch the videos
THE COMING OF AGE PROJECT: 5 YEARS ON (KANDOS) VIDEO